This project was presented at the VRST conference. Link to poster paper. PDF sample

A user centered design process was followed. Prototypes were developed and tested with users. Task based experiment design procedure was followed. User testing was analysed for different factors and conclusions were drawn.

Around 50 research papers were studied and critically analyze on the following topics:

In a 2D mobile interface, user has a reference and a defined boundary to work on, whereas in a 3D spatial environment, there is no such reference and boundaries are unlimited. In order to understand the difference of using a 2D GUI based VR interface and a 3D elements based VR interface, variants of a simple mobile keypad were tested. These interfaces were tested using gaze-based input through head movement.

Softwares used: Unity3D, Vuforia SDK, Google SketchUp
A VR based application was developed for Google cardboard. This comprised of a 2D and a 3D based keypad interface.


1. The 2D keypad interface was inspired from the conventional mobile keypad.

The 2D keypad includes flat 2D keys, similar to conventional mobile keypads. Numeral data entry input is done via gaze pointer through head movement in the VR environment. Pointing at a number key by directing gaze pointer results in that number appearing on the top display panel. The method is similar to pressing a number on a real mobile keypad. A green call button has to be gaze pointed upon completion of number dialing by the user.

2. The 3D keypad interface was designed with 3D elements (cubes) in VR

In 3D keypad, 3D cubes are used as keys for dialing a number. These cubes are spatially arranged in a random order in VR environment. Gaze pointer is integrated into the application. Pointing a key (cube) using gaze pointer animates it to reach a position forming a straight line with subsequent pressed keys, all arranged in front view (top panel). Once the number is animated to the top panel, a similar number key reappears in its position. This is done to incorporate double press of a number. A call button is present in line with the above arrangement, pointing at which indicates completion of number dialing task.

Protocol analysis (Think aloud process) was conducted via task-based experiment. Users were evaluated via specific questionnaires and semi-structured interviews. Each user were given both the interfaces to test and compare. Time, perceived ease of use and usefulness were the key parameters tested for. User feedback highlighted various issues, some of which include problems with gaze pointing, interaction based issues in dealing a number, system visibility, etc. 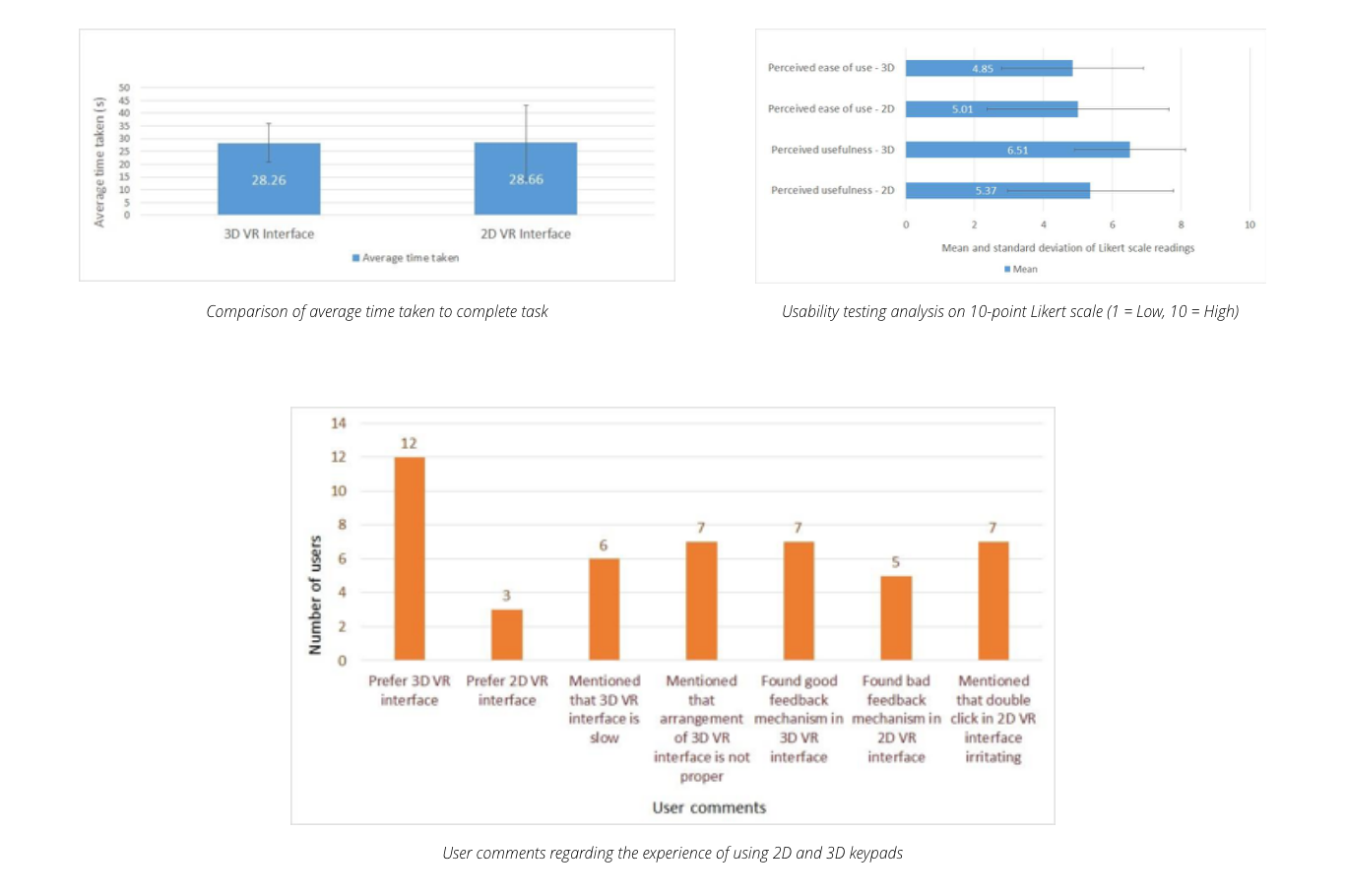 Inferences drawn from this study were used to develop further prototypes more usable for the users. These prototypes were tested for comparative analysis with 30 users with respect to time, workload and usability assessment. This experiment cannot be shared as the research paper is under the process of publishing. 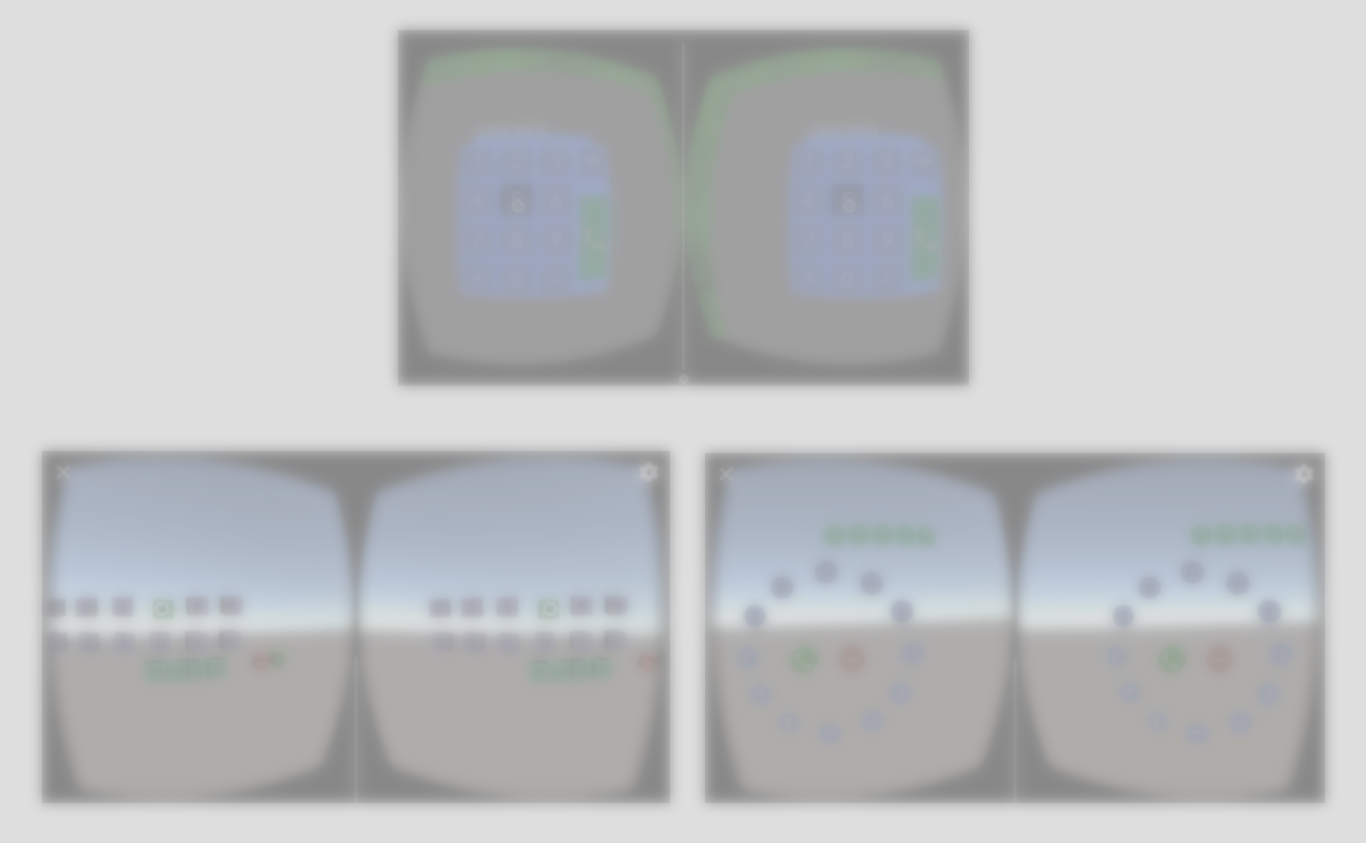