Initial - Develop a USP for Tizen OS: Make a unique selling point for Tizen which would help establish the OS amongst target users who are shifting from feature phone to smartphone. Design a niche story / philosophy for the same.

Final - Design a method to educate the user to use a new app or feature: Increase the discoverability of features, the ease of use and reduce cognitive load on the user.

The following project is a personal work done under the guidance of mentors. User research was performed as a personal initiative and several brainstorming sessions were organized by gathering people from different departments.

Our target users were people in the tier-2 and tier-3 groups shifting from feature phones to smartphones. Several research papers were analysed for developing countries. Users included men and women from literate, illiterate and semi-literate backgrounds. For these users, even basic tasks like making calls, saving contacts and viewing call logs were a challenge.

ANDROID ONE
WHY DID THE OS FAIL?

ANDROID GO
Lightweight OS for the most basic smartphones
WHY IT MAY SUCCEED?

CAN IT POSSIBLY FAIL? 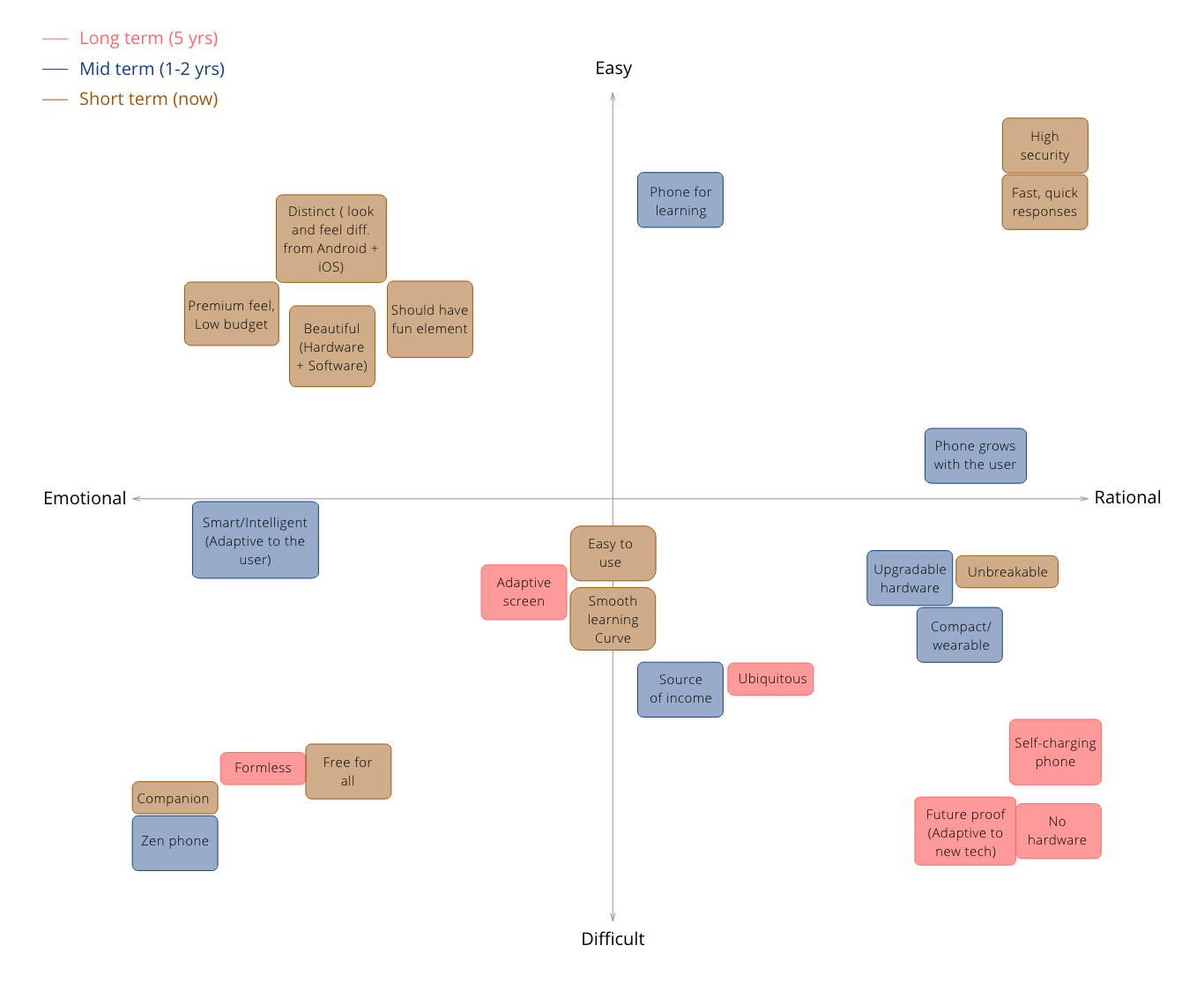 A user study was done to understand how our target users interacted with a basic Contacts application. I wanted to find out the core problems they face in switching to a smartphone. Insights from these interviews were used to develop a philosophy for Tizen OS.
User demographics:
Number: 7 users     Age: 25-40yrs
Smartphone users: 6     Feature phone users: 1
Users using English in phone: 7
The questionnaire aimed on the following:
1. Get an idea of user awareness about different features
2. Identify user problems during ongoing call
3. Analyze financial status of user
4. Identify user frustration areas
5. Understand everyday phone usage

“A phone that adapts to the user patterns and educates users about useful features
in an interactive way, hence making the phone easy to use” 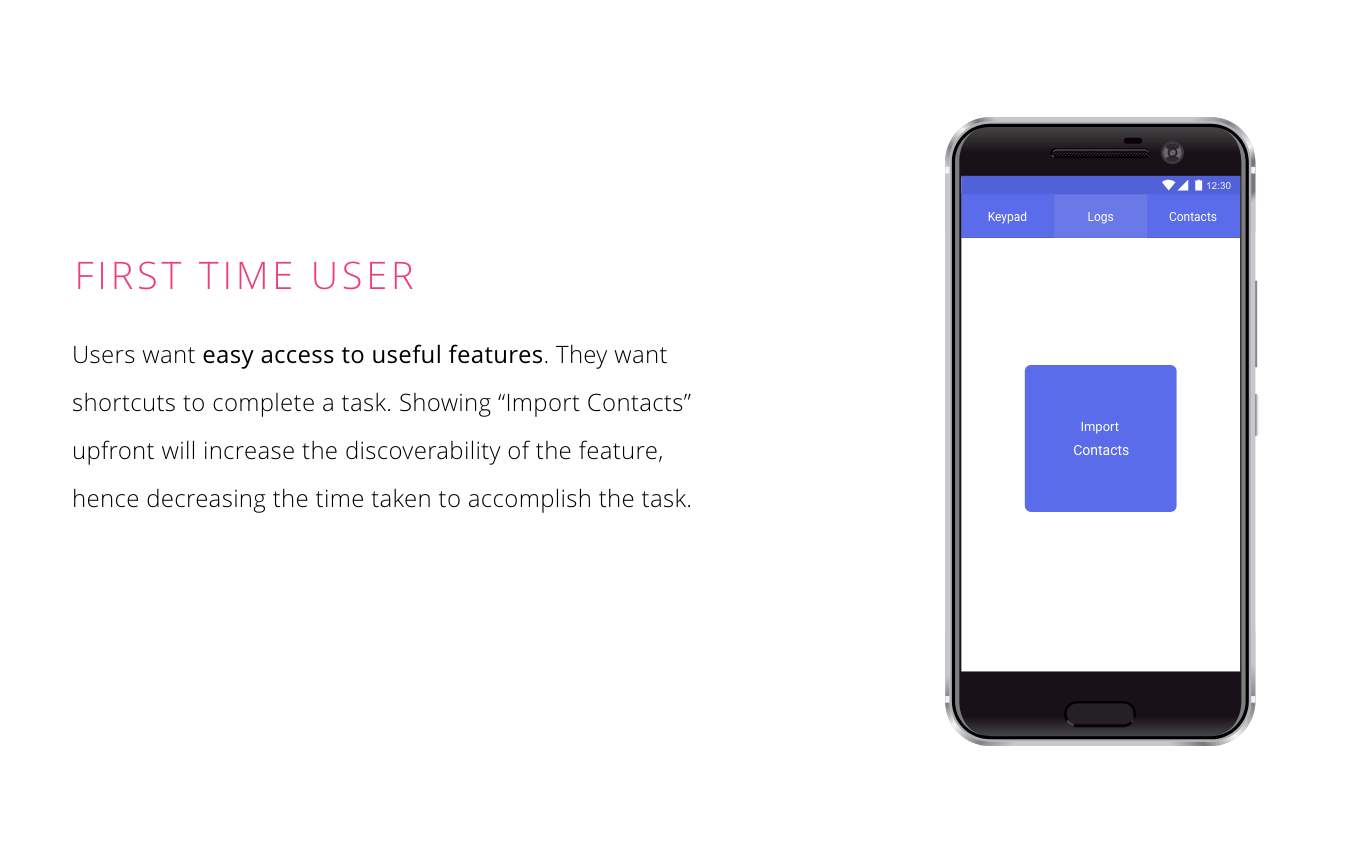 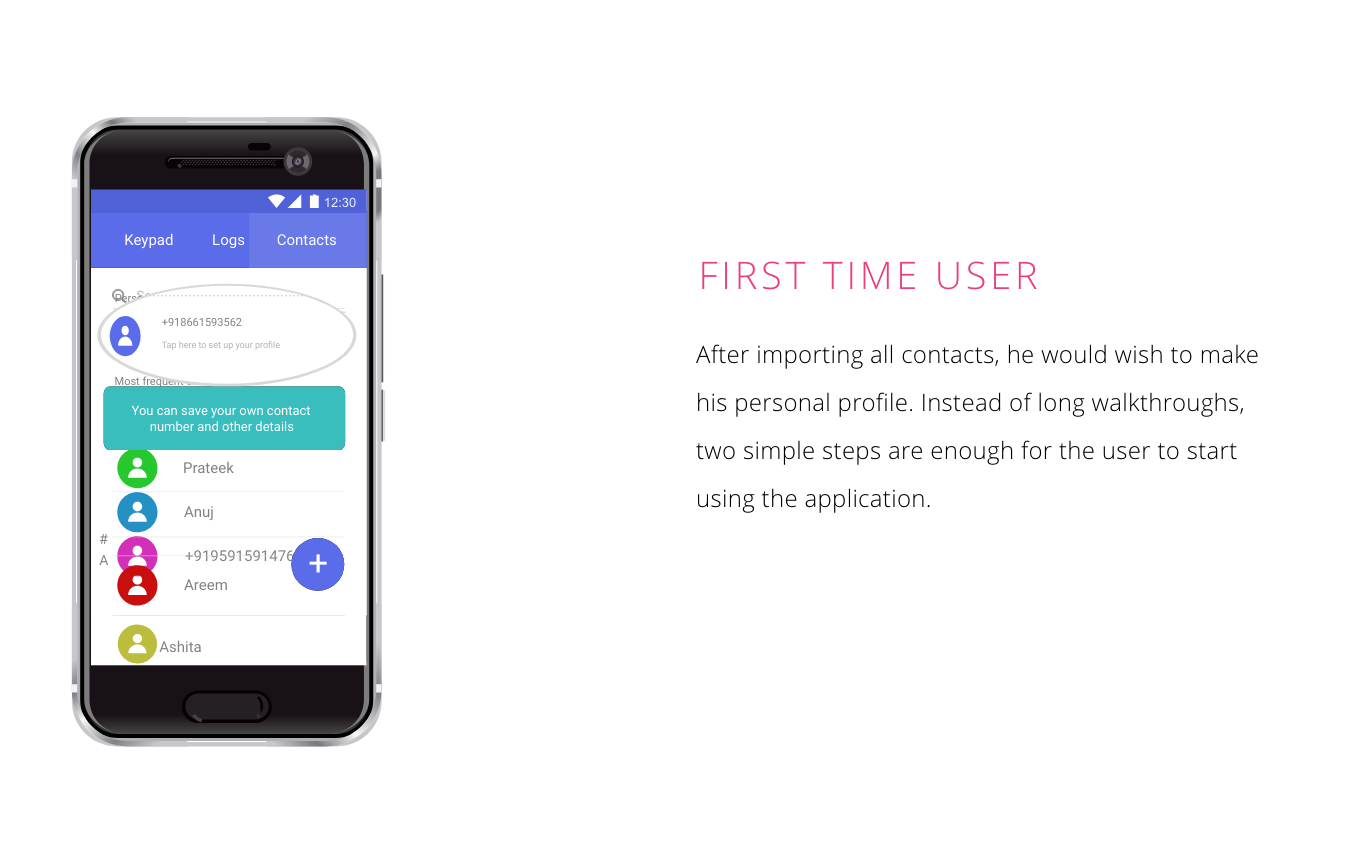 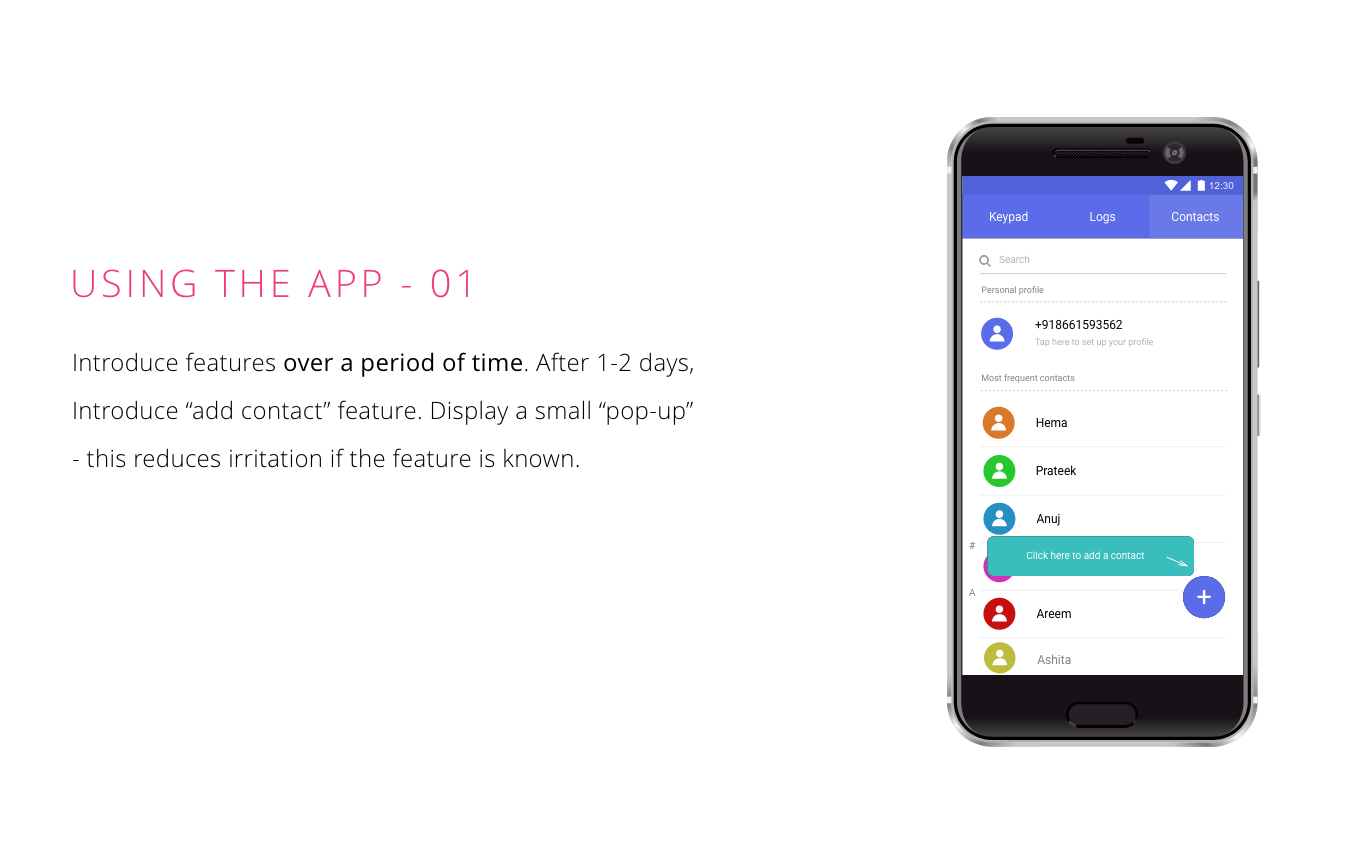 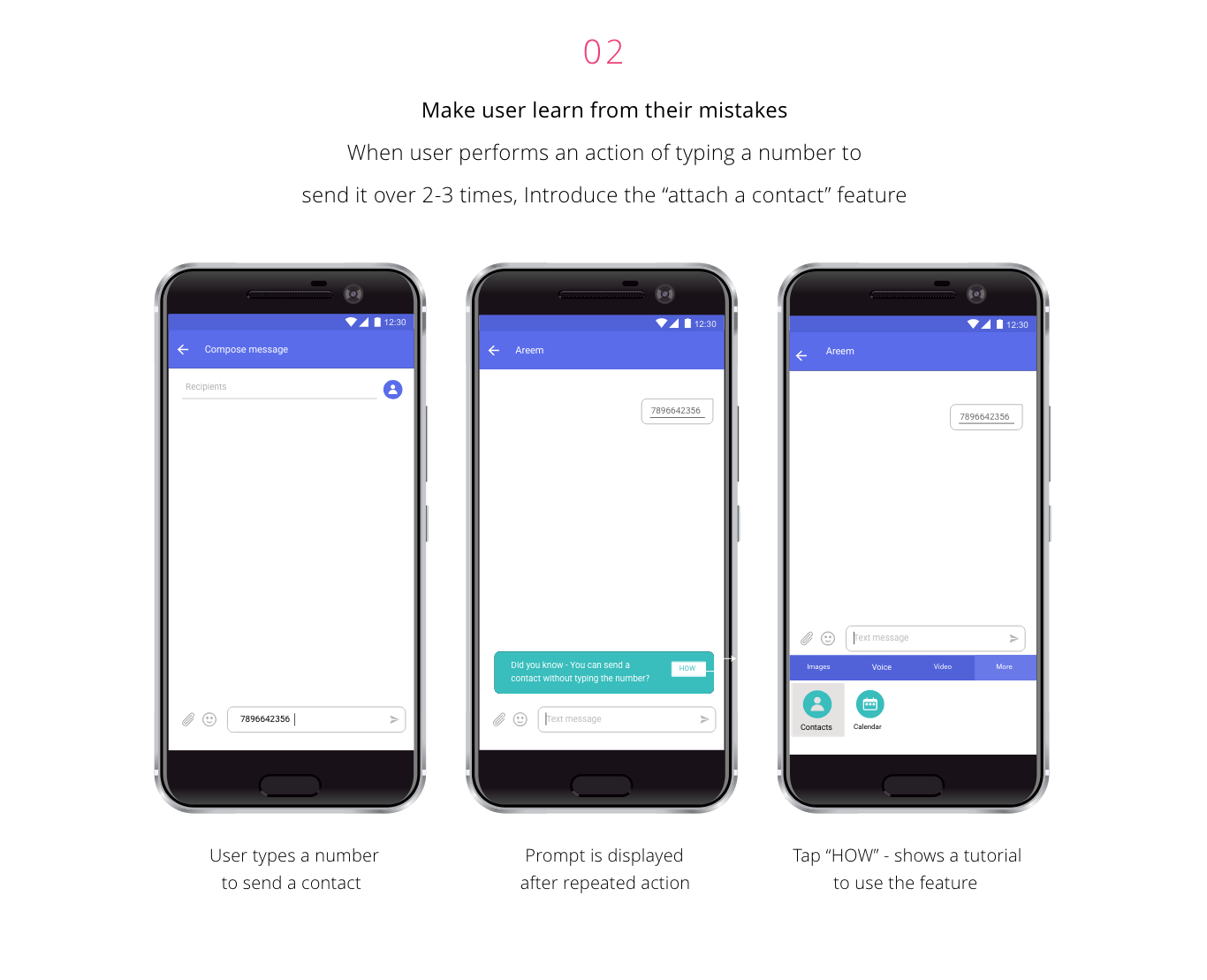 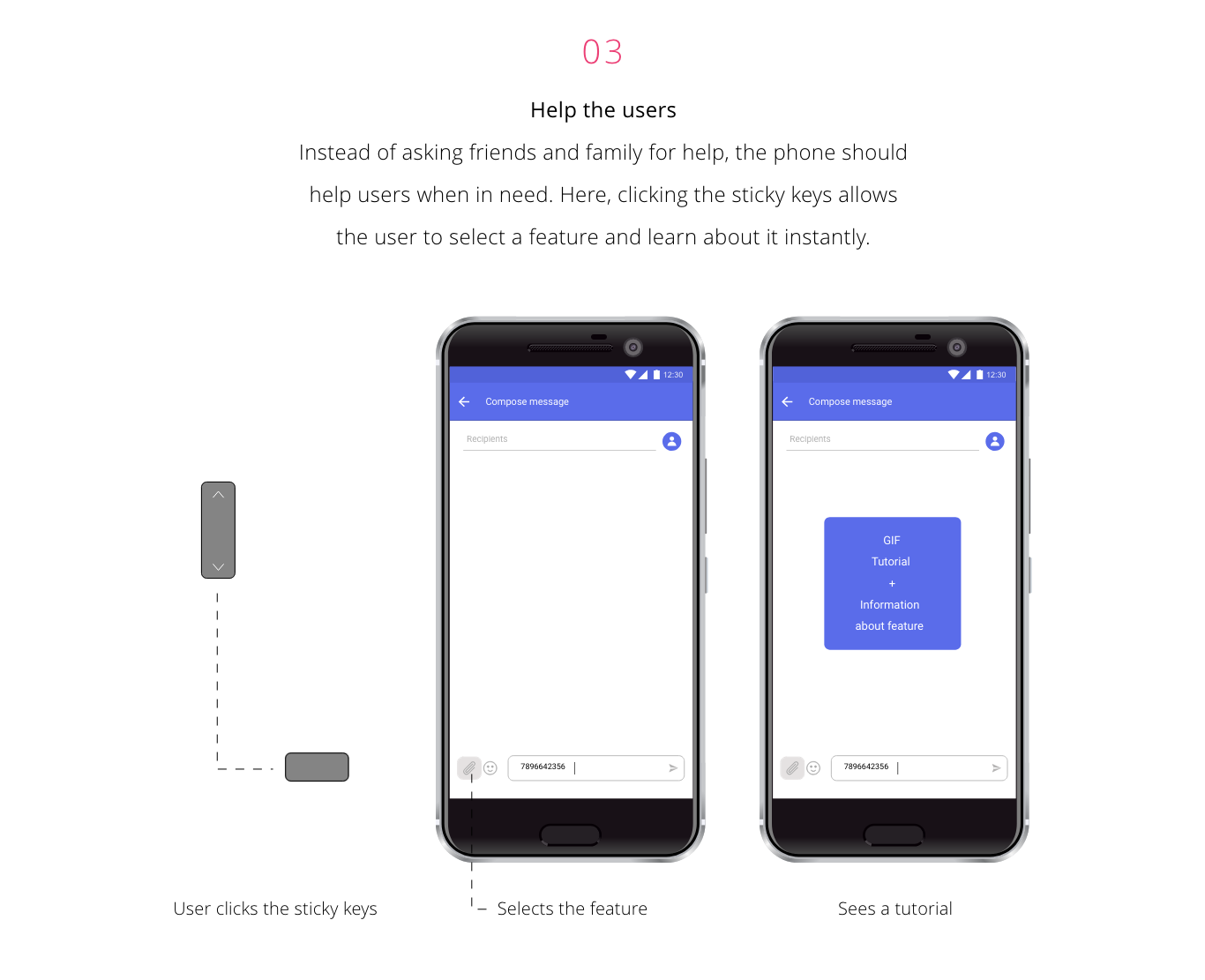 My first industrial experience built my personality and introduced me to corporate culture. I wish to share some of the challenges I faced during this journey: